A less well known option is to borrow money with the help of a friend or relative acting as a guarantor.

This means that you borrow the money in your own name, but on the understanding that if you fail to make the repayments for some reason, then the guarantor will have to pay up instead.

Although the loan isn’t secured, the guarantor needs to have a good credit rating, be able to prove that they can afford the repayments in case the borrower doesn’t repay and be a UK homeowner.

You could argue that it would be cheaper for the guarantor to take a loan out in their own name, and of course some people will do this for friends and family, but other people want to stand on their own two feet and prove that given a second chance, they are capable of managing their own financial affairs.

Amigo Loans is currently one of the biggest providers in this market, lending to more than 65,000 personal and small business customers.

The interest rate charged is 49.9% APR, similar to the rates charged on credit repair cards listed earlier, but you can borrow more, in most cases between £500 and £5,000.

It’s also another way to get your credit rating back on track as Amigo will report details of your repayments back to all the major credit reference agencies, including Experian, Equifax and TransUnion. 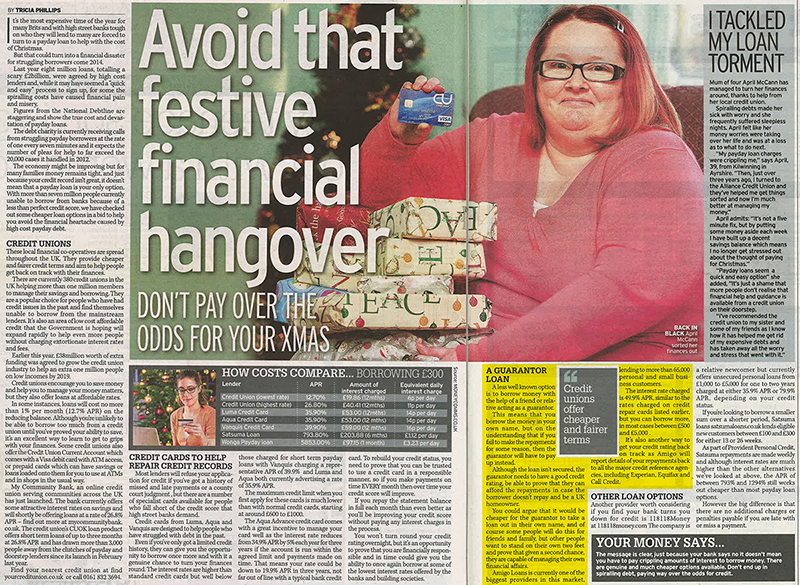