New rivals drive down personal loan rates meaning borrowers could pay as little as 3.8% for a personal loan in the coming weeks as rates continue to improve.

Last week Sainsbury's bank announced a new deal of 3.9% APR over three years for those borrowing between £7,500 and £15,000. This followed HSBC's launch the previous week of a 3.9% deal for it's existing bank customers.

Challenger banks such as Sainsbury's and Tesco, which has a 4.1% rate for£7,500 loans taken out over five years, and new entrants to the market such as Hitachi, TSB and Cahoot, have been driving competition

A survey by Amigo Loans to be published tomorrow shows one in four people believes the APR on a three-year £2,500 loan is between 6% and 10% and one in ten thinks it is below 6%. In reality many large lenders, including Santander and Royal Bank of Scotland, do not offer rates below 20%. First Direct has the lowest APR of the 10 big lenders surveyed by Amigo Loans, at 13.9% for a £2,500 loan. The research also suggests that many consumers are not aware of early-repayment penalties; Halifax for example, charges £59 for this.

All consumers should make sure they research any bank offer in detail and look at the charges. The market-leading deal is not always the right choice for everyone. 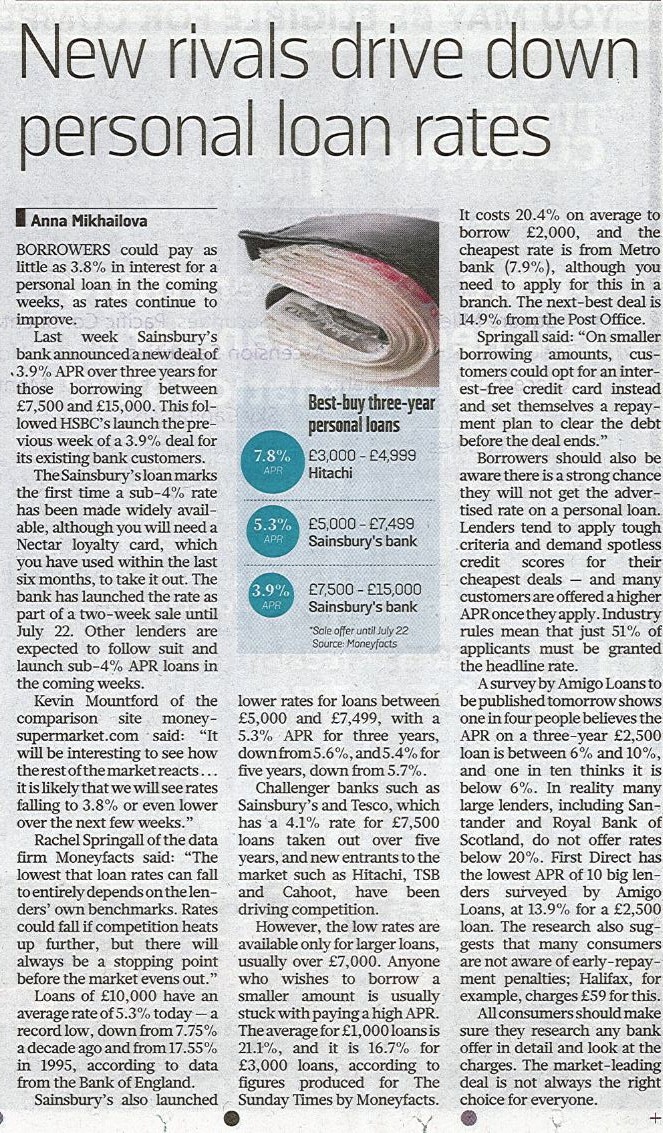